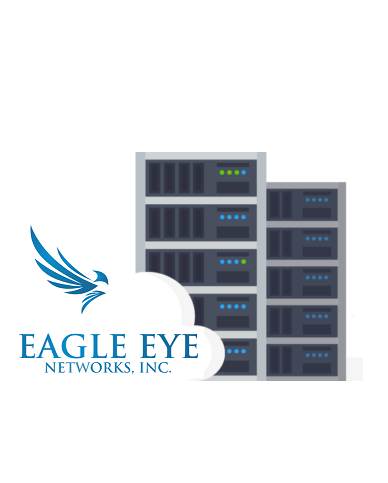 Contacting Avenger Security does not create a relationship. Please do not send any confidential information to us until such time relationship has been established. Customer pays first and last month upfront. All fees are taxed by Texas Comptroller.

In this chapter:
(1) ALARM NOTIFICATION means a notification, excluding a recorded message prohibited by Section 9-4-53 (Recorded Telephone Message to Police or Fire Department Prohibited) of the Code, intended to summon the police, designed to be initiated:
(a) intentionally by a person; or
(b) by an alarm system that responds to a stimulus characteristic of unauthorized intrusion.
(2) ALARM SITE means the property served by an alarm system and under the control of a single owner, tenant, or lessor.
(3) ALARM SYSTEM means electrical, mechanical, or electronic equipment that emits, transmits, or relays a signal intended to summon the police by direct or indirect means, except:
(a) an alarm system installed on a motor vehicle, unless the vehicle is permanently located at an alarm site;
(b) an alarm system designed to alert only the residents of a premise not equipped with a local alarm;
(c) an alarm system installed on a premise:
(i) occupied by the United States Government; or
(ii) owned and occupied by state government;
(d) an alarm system designed solely to detect or give notice of fire or smoke; or
(e) a communication device not designed solely to produce an alarm notification.
(4) ALARM SYSTEM BUSINESS means a person who sells, installs, services, monitors, or responds to alarm systems or notifications.
(5) BURGLAR ALARM means a device or system that transmits a signal intended to summon police in response to a burglary.
(6) FALSE ALARM NOTIFICATION means an alarm notification to the Police Department resulting in a finding by the responding officer or a subsequent investigation, that there is no evidence of actual or attempted unauthorized intrusion, robbery, attempted robbery, or other illegal activity.
(7) LOCAL ALARM means an alarm system that emits a signal at an alarm site that is audible or visible from the exterior of a structure.
(8) MASTER ALARM PERMIT means a permit issued to the owner or property manager of a residential apartment complex in which an alarm system operates in one or more individual residential units.
(9) PERSONAL EMERGENCY RESPONSE SYSTEM (PANIC BUTTON) ALARM means an alarm system that is installed at the residence of a person, monitored by an alarm systems company, and designed only to permit the person to signal the occurrence of a medical or personal emergency so that the company may dispatch appropriate aid; it is not part of a burglar alarm system or fire alarm system.
Source: 1992 Code Section 8-6-1; Ord. 031023-12; Ord. 031211-11; Ord. 20070111-012.
§ 4-2-2 POLICIES AND PROCEDURES.

(A) A permit issued under this chapter does not create:
(1) a contract, either express or implied; or
(2) a duty or guarantee of response by the Police Department.
(B) The City retains immunity from liability and suit based on a decision by the Police Department not to respond to an activation of a permitted alarm system.
Source: 1992 Code Section 8-6-6(B); Ord. 031023-12; Ord. 031211-11.
ARTICLE 2. PERMITS AND APPLICATIONS.
§ 4-2-11 PERMIT REQUIRED.

(A) The owner or property manager of an apartment complex shall obtain a master alarm permit if an alarm system is operated in:
(1) a residential unit on the premises, whether the alarm system is furnished by the owner or property manager or contracted for by an individual tenant; or
(2) a non-residential area of the apartment complex, including a common tenant area, office, storage, or equipment area.
(B) A tenant of an apartment complex shall obtain an individual alarm permit before the tenant operates or causes the operation of an alarm system in the tenant’s residential unit.
Source: 1992 Code Sections 8-6-21(A) and (B); Ord. 031023-12; Ord. 031211-11.
§ 4-2-13 PERMIT APPLICATION AND RENEWAL.

(A) A permit issued under this chapter is effective for 12 months from the date of issuance.
(B) The police chief shall issue a permit effective on the earlier of:
(1) the date the application is processed; or
(2) if the Police Department has responded to a false alarm notification at the alarm site subject to the application, the date of the first false alarm notification.
(C) A permit issued under this chapter is non-transferable and non-refundable.
Source: 1992 Code Sections 8-6-22(C), (D), and (E); Ord. 031023-12; Ord. 031211-11.
§ 4-2-15 FEES.

The police chief shall revoke an alarm permit if the police chief determines that:
(1) an applicant has made:
(a) a false statement made on a permit application; or
(b) a false oral statement relating to a permit application; or
(2) a permittee has:
(a) violated this chapter;
(b) failed to pay a fee assessed under this chapter; or
(c) failed to maintain the alarm system to minimize false alarm notifications and ensure proper operation of the alarm system.
Source: 1992 Code Section 8-6-25; Ord. 031023-12; Ord. 031211-11.
§ 4-2-18 REINSTATEMENT OF PERMIT.

(A) If the police chief denies an application or revokes a permit, the chief shall notify the applicant or permittee by certified mail, return receipt requested.
(B) Not later than the 10th day after the affected person receives notice of an adverse action by the police chief, the person may file a notice of appeal with the police chief, including the reason for the appeal. Failure to file a timely appeal under this subsection results in the police chief’s action becoming final.
(C) If an applicant or permittee files a timely appeal under this section, the police chief’s action is stayed.
(D) The city manager shall appoint a hearing officer to hear the appeal. The formal rules of evidence do not apply at a hearing under this section. The hearing officer:
(1) shall make a decision based on the basis of a preponderance of the evidence presented;
(2) shall render a decision not later than the 60th day after an appeal is filed; and
(3) may affirm, reverse, or modify the action of the police chief.
(E) The decision of the hearing officer is final.
Source: 1992 Code Section 8-6-26; Ord. 031023-12; Ord. 031211-11.
§ 4-2-20 OPERATION AND MAINTENANCE OF AN ALARM SYSTEM.

(A) A person who fails to comply with this chapter commits a class C misdemeanor punishable by a fine of not less than:
(1) $75 for the first conviction; or
(2) $100 for the second and any subsequent convictions.
(B) Each day or portion of a day during which a violation occurs or continues constitutes a separate offense.
(C) In addition to a criminal penalty under this chapter, a person who operates, causes to be operated, or allows to be operated an alarm system without a valid permit shall be charged a fee for each Police Department response to the activation of an un-permitted alarm system.
(D) In this chapter, a guilty plea, deferred disposition, deferred adjudication, or probation by a court of competent jurisdiction constitutes a conviction.
(E) A person who makes a false statement on an application commits a violation of Section 37.10 (Tampering with Governmental Record) of the Texas Penal Code.
Source: 1992 Code Sections 8-6-22(B) and 8-6-99; Ord. 031023-12; Ord. 031211-11.
Disclaimer:

This Code of Ordinances and/or any other documents that appear on this site may not reflect the most current legislation adopted by the Municipality. American Legal Publishing Corporation provides these documents for informational purposes only. These documents should not be relied upon as the definitive authority for local legislation. Additionally, the formatting and pagination of the posted documents varies from the formatting and pagination of the official copy. The official printed copy of a Code of Ordinances should be consulted prior to any action being taken.

For further information regarding the official version of any of this Code of Ordinances or other documents posted on this site, please contact the Municipality directly or contact American Legal Publishing

City of Austin Penalties for Operating an Alarm System Without a Permit
$200 for each response to a non-permitted location.
Operator is subject to Class C misdemeanor charges.

Complete the Alarm Permit Application and mail it to the address below. If you have any questions or need more information, call the Alarm Unit at 974-5730.

Alarm Permit Application (PDF)
After downloading and printing the application, complete the application and return it with your payment to: (Make check or money order payable to: APD Alarm Unit

An alarm permit can be cancelled when the system no longer meets the criteria for a permitted alarm system per the ordinance or the permit holder moves from the address. All outstanding charges must be paid before a permit is cancelled. Written notification is required for cancellation. Cancellation form can be mailed to the address referenced above or faxed to:(512)974-6697.